When we had our 50th Spotlight, we told you we’re bringing new things. Therefore, we have reached out to the creatives in the music industry. And today we have Sergiu from Pinholes or Nava Mamă in the Spotlight.

Sergiu: I’m a bass player, musician, organizer/manager, beer and coffee fanatic that does not take social media too seriously. You can find me with Pinholes or Nava Mamă, probably in a car going to a gig … somewhere. These years I live in Cluj Napoca, because I like the buildings, the people and enjoy the weather. I am usually found quiet in a corner or complaining about lower back problems and the state of the music industry.

Sergiu: Chaotic, traumatic and sad for a while. My father struggled with alcohol for the most part of his life with us. Let’s say it didn’t go well in the history books. And I think that experience left a mark on me that I had difficulty getting rid of. I was a shy, quiet kid, playing with sticks and drawing shapes in dirt.

I never had any artistic inclination and never was a child prodigy in arts. I was late at the skills and traits party and started learning music at the unspectacular age of 21. But I do remember enjoying the hell out of listening to music as a kid. The photo is from an attempt to join a literary cenacle, right after I quit karate and painting. I was all over the place.

The influences of my childhood are present in 3 out of 5 things I work on. Our latest release with Pinholes, Când Pluto era planetă (en. Back when Pluto was a planet), covers that exact period of my life. I was given the responsibility for the lyrics on this release, and I did not hold back on the drama. I am really lucky these days to be a part of a creative group that encourages the writer (composer) to get out the sounds that are stuck between his ears. 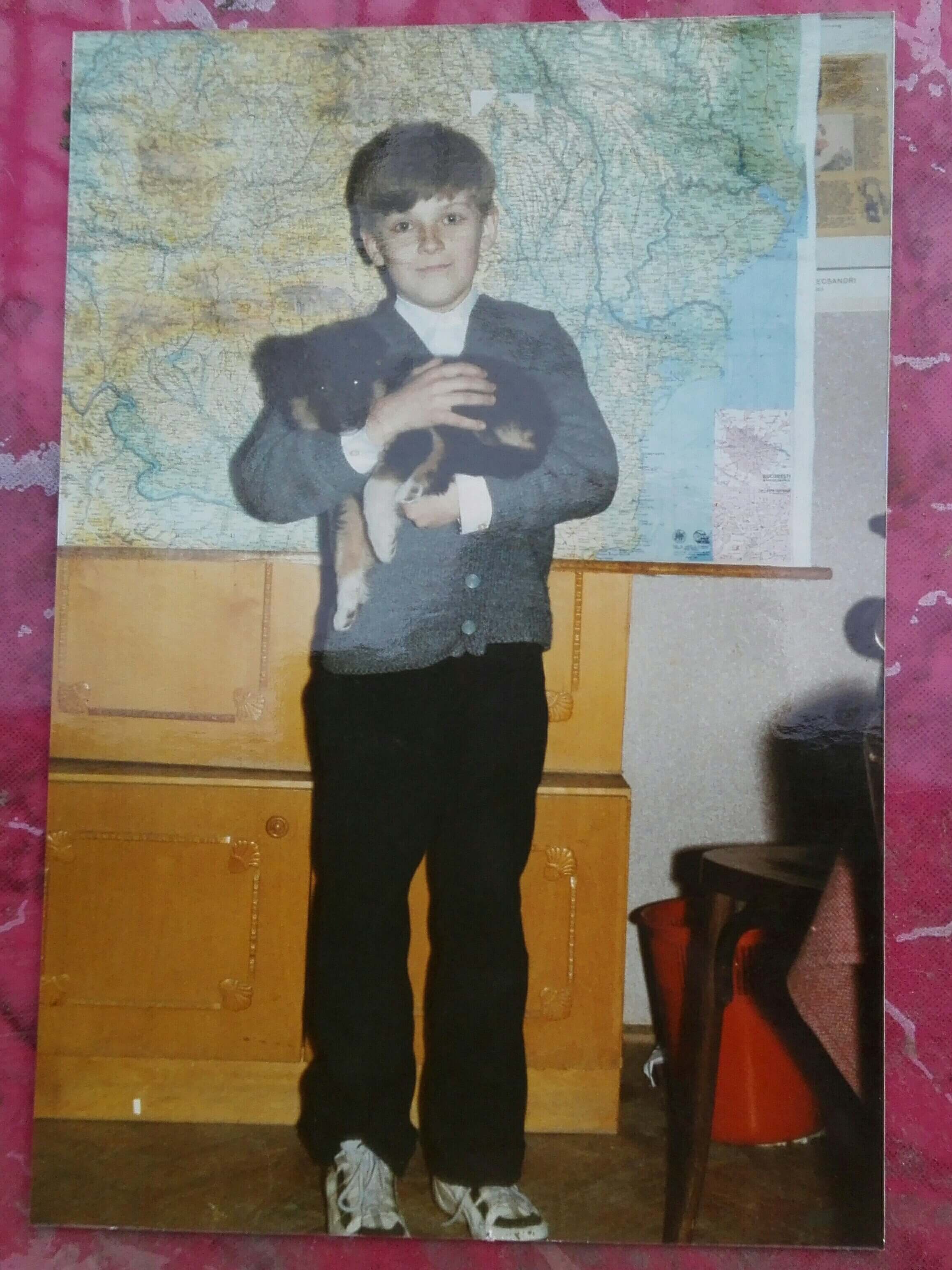 Sergiu: I think I wanted to be a cosmonaut, because this is, after all, Eastern Europe. And my love for the stars now sits quietly in the books I read, the movies I enjoy and all that delicious retro Soviet Sci Fi. But do not imagine I had my walls painted with stars and was drawing quantum equations in my free time. I just thought traveling in a space ship to Mars was cool.

Sergiu: I usually surround myself with a couple of instruments and try to figure out what is the sound of that feeling I want to share or the rhythm that was pulsating my restless legs that week. I always work with my band mates as we exchange ideas and share knowledge. 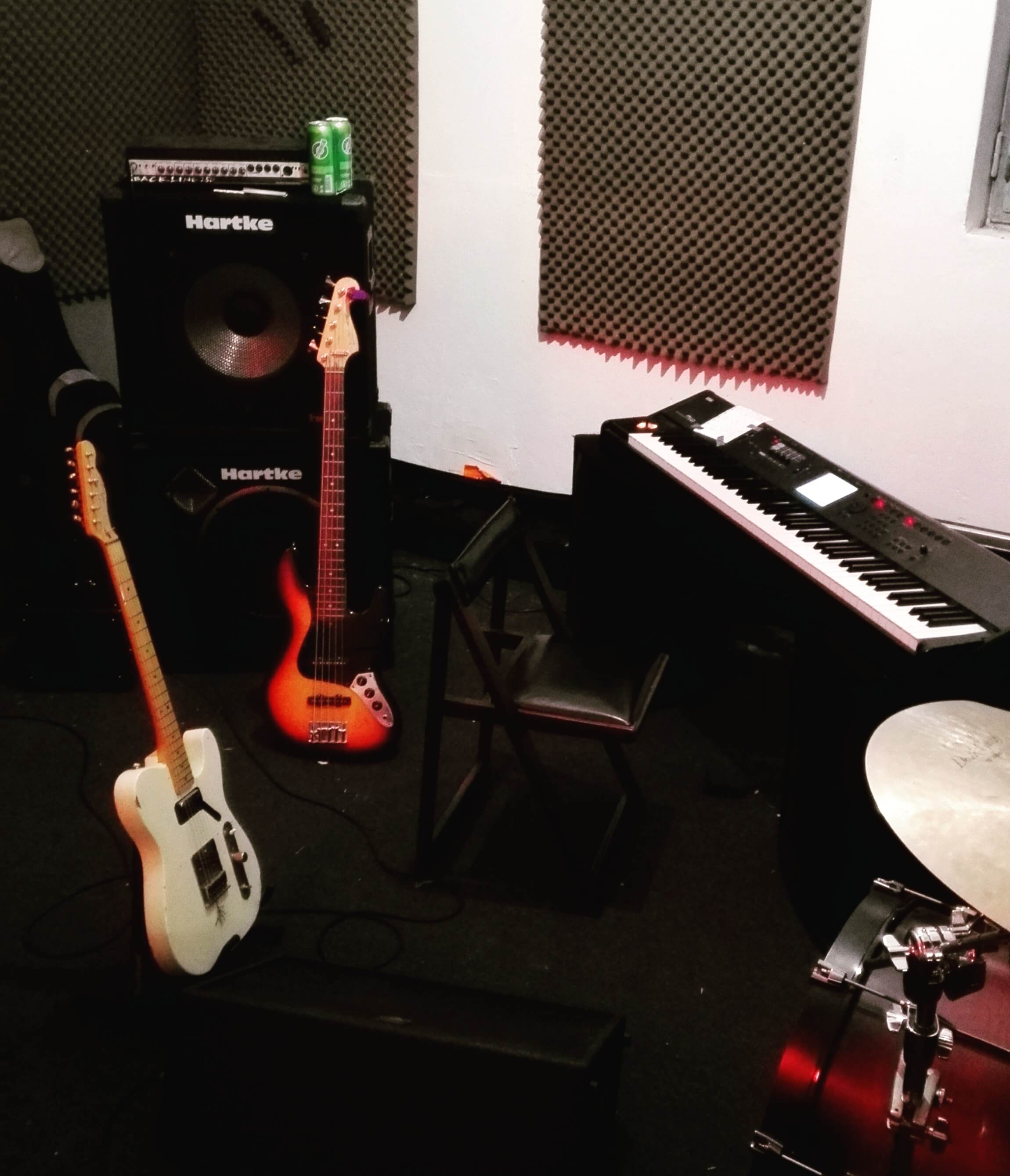 Subsign: Do you have a work flow? How would you describe it?

Sergiu: I just work hard. Or at least I try to. I simply obsess over an idea and assume responsibility for its course and result. I know this sounds obvious, but you would be surprised by the excuses a mind can find so it can be unproductive. This being a dynamic art and environment, one always has to keep learning and develop new skills. The music part is only 25% of the process. The rest is workaholism and DIY.

Sergiu: I enjoy working in a team, or to say, with the full band. Sometimes I may be the one pulling the strings and sometimes I just sit and listen carefully to what needs to be played, or what is asked from me. We work like worshiping a higher power. What we create we do not own as individuals. It belongs to the band, as an … etherical figure.

Music is curious that way, because the art form you created has to be reproduced. Imagine painting one painting over and over again. You create constantly a copy of the original work, and to deliver an honest live performance, you have to put yourself in a repetitive feeling. That can be exhaustive at times.

I know it sounds like I drank one to many cups of ginseng tea, but I think that lack of ego is important to keep your mind open and consider yourself a piece of a puzzle, and not the puzzle itself.

Subsign: What is your favorite composition you have done so far?

Sergiu: I am really proud of the last 2 years we did as a group. The split EP with Nava Mamă – Sputnik, the live EP – 3 moduri de omorât timpul and the 2 new songs released: Liliac and Când Pluto era planetă. It was a massive team effort and a couple of years lacking holidays. It was a productive period from which we still have songs and ideas to release. 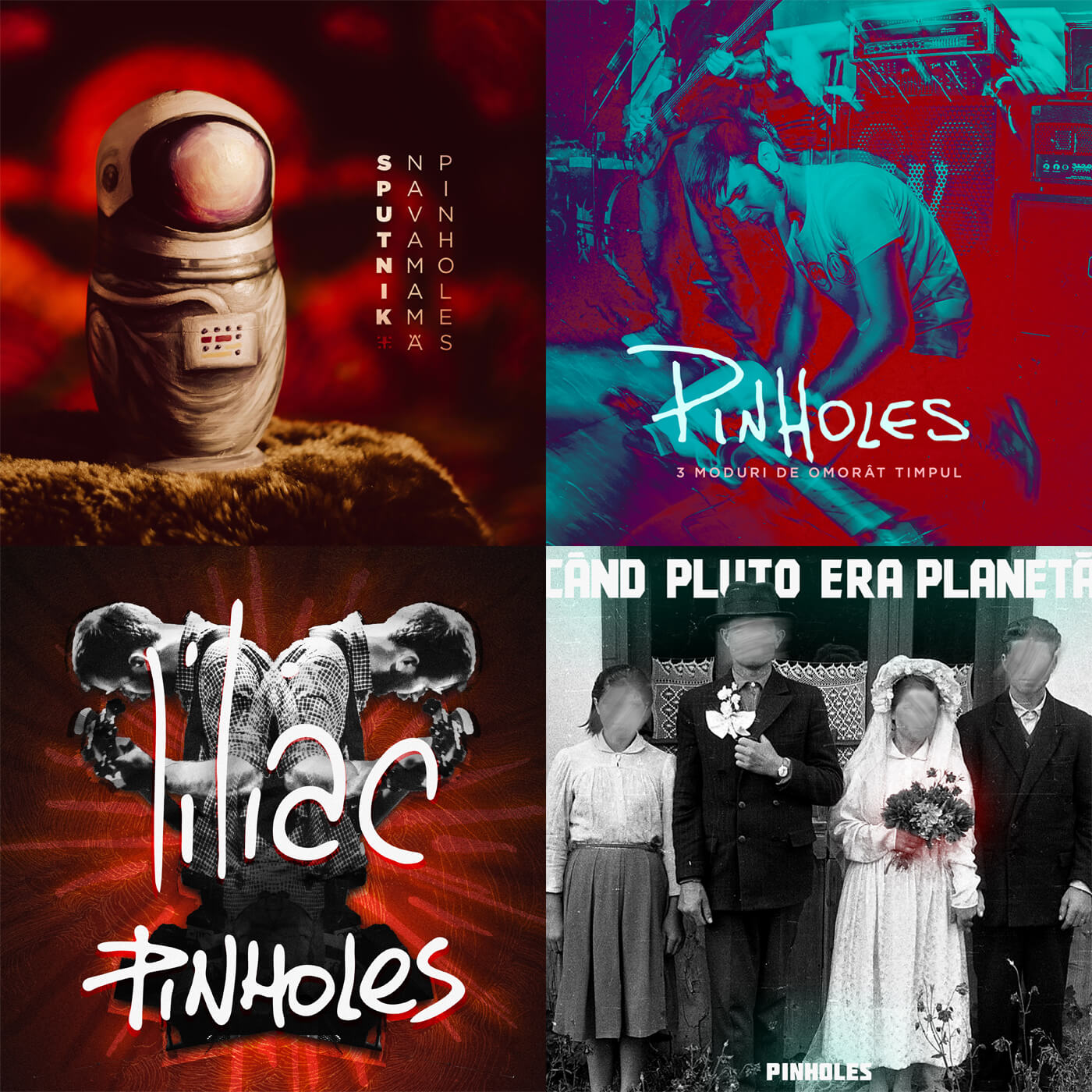 Sergiu: Usually hard-working individuals. I think an accurate biography of Jimmy Hendrix will just show him doing scales and practicing for hundreds of hours, and less of that burning a guitar on stage stuff.

But one group that simply rewrote the way my brain works are the punk rock – DIY pioneers, Fugazi. With over 1000 shows and 6 albums in 16 years, they were a self-taught, self-produced, record label-less band, always going against the tide of the music industry.

They’ve booked shows all over the world and toured relentlessly. Everything they managed, from their continuous influence on other bands to the stubbornness to be independent gave them a cult status, cast in hard work, patience, exhaustion and human suffering. That attitude and ferocity to protect and deliver your art, simply stuck with me like mass to energy.

Subsign: What advice could you give to someone starting out in the music field?

Sergiu: Work hard, protect your awareness and have patience. Simply showing up with a guitar and the knowledge of what a minor harmonic scale is, does not mean that everyone has to work for you all of a sudden.

Music has this curse of inflating the ego of people involved with it. Be aware that there is someone more skilled than you just around the corner. So, don’t waste your talent in the mist of egocentrism. Learn how everything works, be it organizing a concert or renting time in a studio. And be patient. Some actions do not have an immediate result.

Subsign: If you would have a super power, what would it be?

Sergiu: The power to create a 28 hours day. 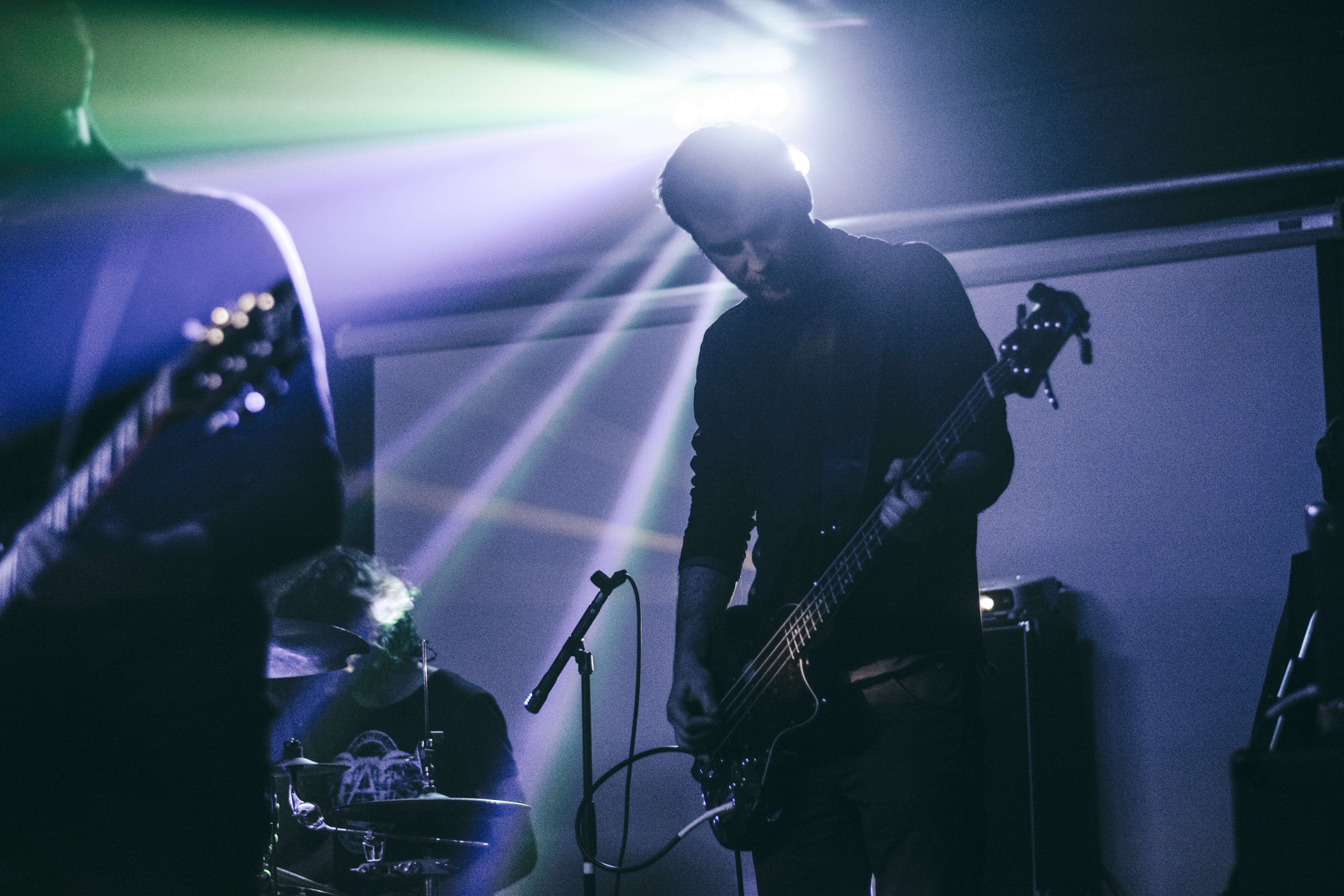 Sergiu: Hard to be a God – Arkady and Boris Strugatsky
To Pluto`s moon – My Brightest Diamond
Valhalla Rising

Sergiu: Probably a costume party with delicious coooold beer and barbecue, where small talk is forbidden. Everyone has to debate and talk ideas. None of that “by the water cooler” conversations.

There is something about someone dressed as a pirate and someone dressed as Wonder Woman, debating the political and economic theory of social organization which advocates that the means of production, distribution, and exchange should be owned or regulated by the community … I find amusing.

Thank you Sergiu for being a part of it!