Going back to the visual arts, in our Spotlight we have Frederic Peault.

Frederic: I’m a french illustrator, I was born in Brest in 1970, the city is located at the west point of France, a strange and fascinating place, great for surf. I started illustration in 2001, just before I was an industrial designer working on train design. I used 3D software for this job, but after-work I’ve made illustration for fun. It was a moment of liberty, industrial design is interesting, but for me it was very technical, not really artistic. So I lived and work in different city of France, I met my wife in Paris and now I’m living in Nantes, a nice place. 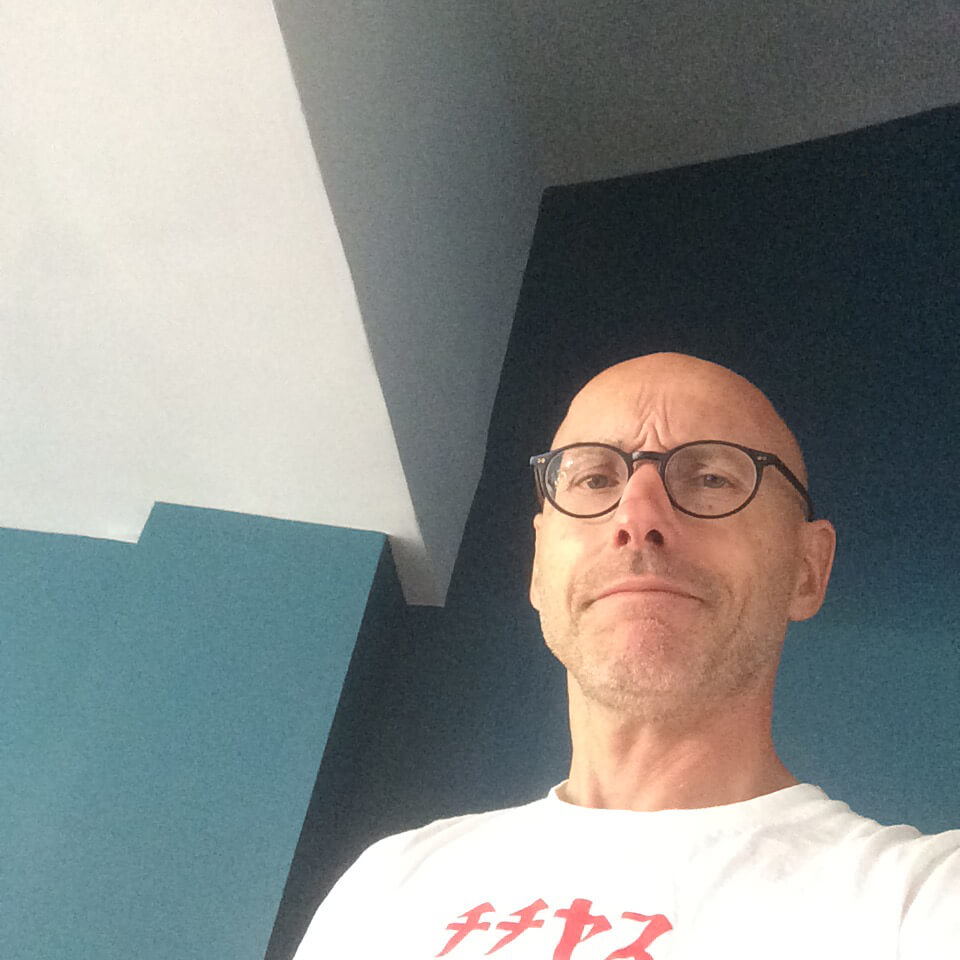 Frederic: As I wrote before, I was born in Brest, but I’ve lived in a small city around Brest, there was no culture activity, no cinema, no library, it was before internet… BUT I’ve got my comics, I loved them, it was for me the only touch of sensitive in a rough place. I read and read them so many times, and I started to copy some of the illustration. and in the 80th I discover the computer, my first one was an amstrad cpc 464 a great moment. I was fascinating by computer, I don’t planned it, but finally it’s logical that my job is a mix of comic and computer.

Frederic: I wanted to be an astronaut, but I was not the only one and not the best, but one day I will certainly send my CV to the NASA or ESA, on a mistake it could work. 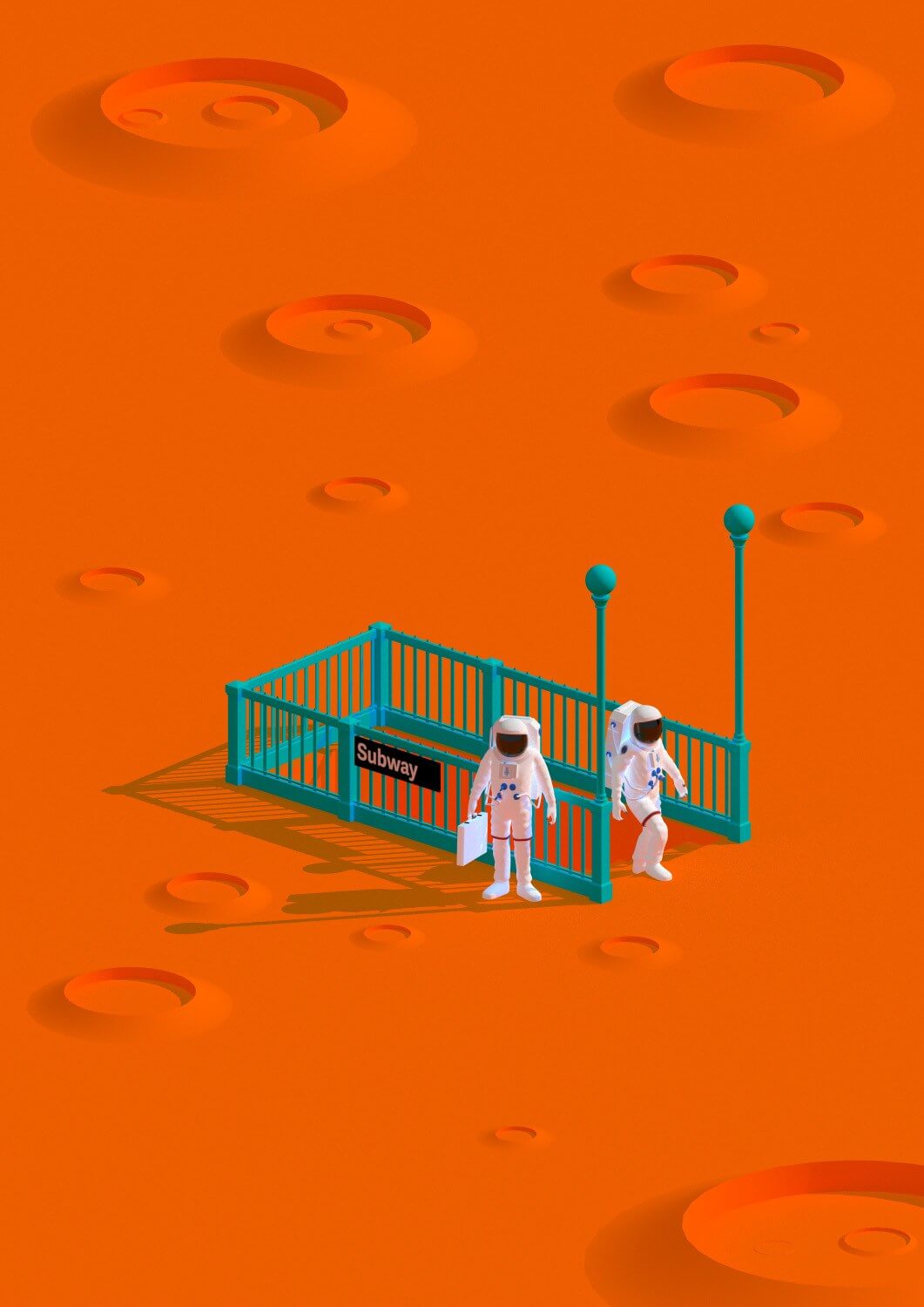 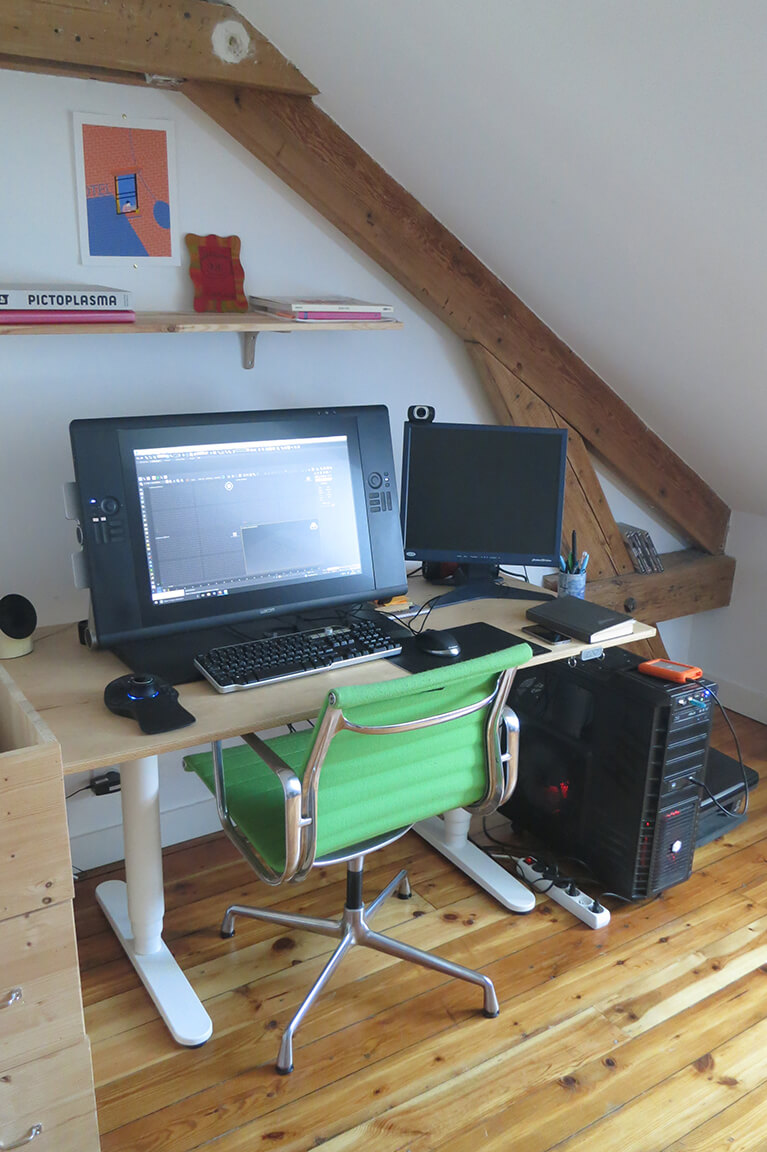 Frederic: I loved the illustration made for the NewYorker, so I try to work in this mood. Very simple, a touch of humor or offbeat. Working on the contrast, by the color the repetition, the perspective, the camera angle…

Frederic: I Generally started with a rough, them I make what I call a 3D rough it’s for the composition of the picture, to find an interesting point of view, them I can model my object, work on the color, move the camera.

Frederic: I’ve worked on a illustration for an application to the “Aéroport De Paris”, not a big project, but a nice work on the color and perspective.

Frederic: Everyone, it’s more like the Rorschach test, any picture can trigger the flash of an illustration idea. 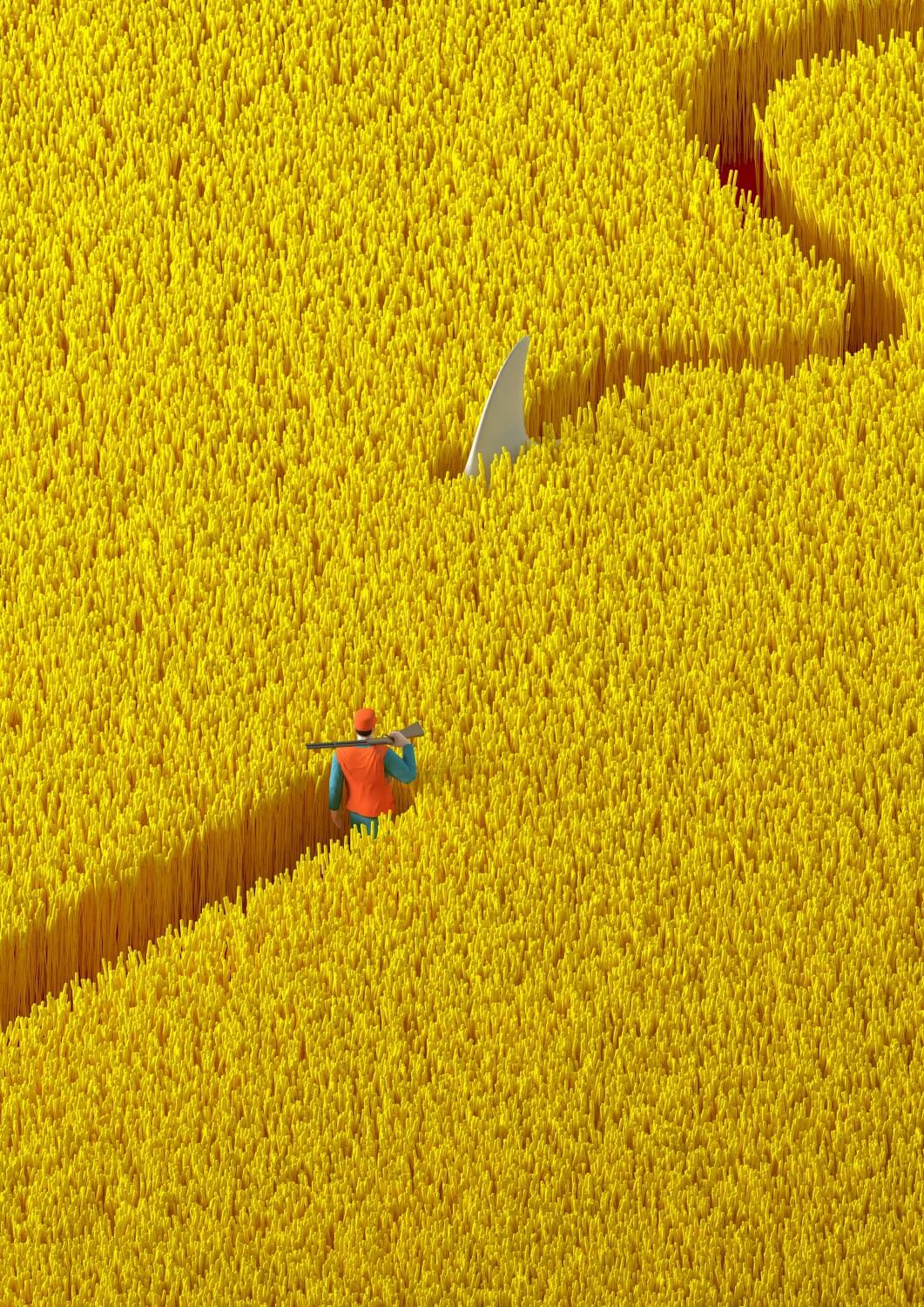 Frederic: Hard question, it depend of the personality of each one, for me it’s not a sprint but a marathon, you must be the honester, being doubtful, trying and trying, if you are lucky you will be a star, but even if you meet success it will be more or less for short time, the market love novelty again and again.

Subsign: If you would have a super power, what would it be?

Frederic: The best would be to traveling in space faster than light discovering new world and so much, but let’s be realistic, so just traveling in time would be great. 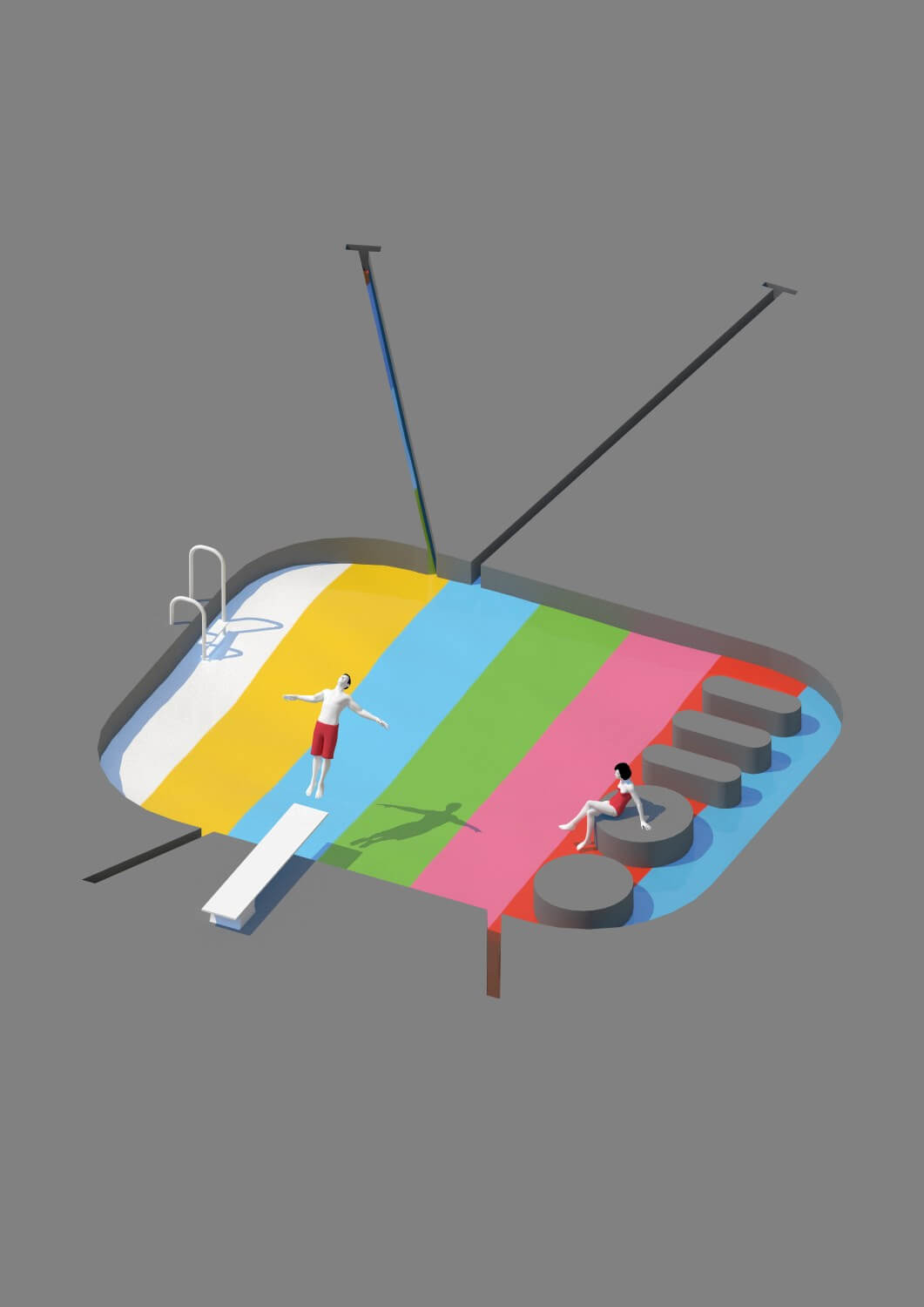 Frederic: A book, “Barbarian Days” from William Finnegan, A song “the look” from Metronony and a movie, there are so much, but the last one I have loved “3 billboards”.

Frederic: The universe party of love, yes it look like a miss universe idea, but it would be so great and full of aliens.

Frederic: Mr Spock, I love him, I want to be him.

Thank you Frederic for being a part of it!

For more of Frederic’s work you can follow him on the links: Frederic’s portfolio.